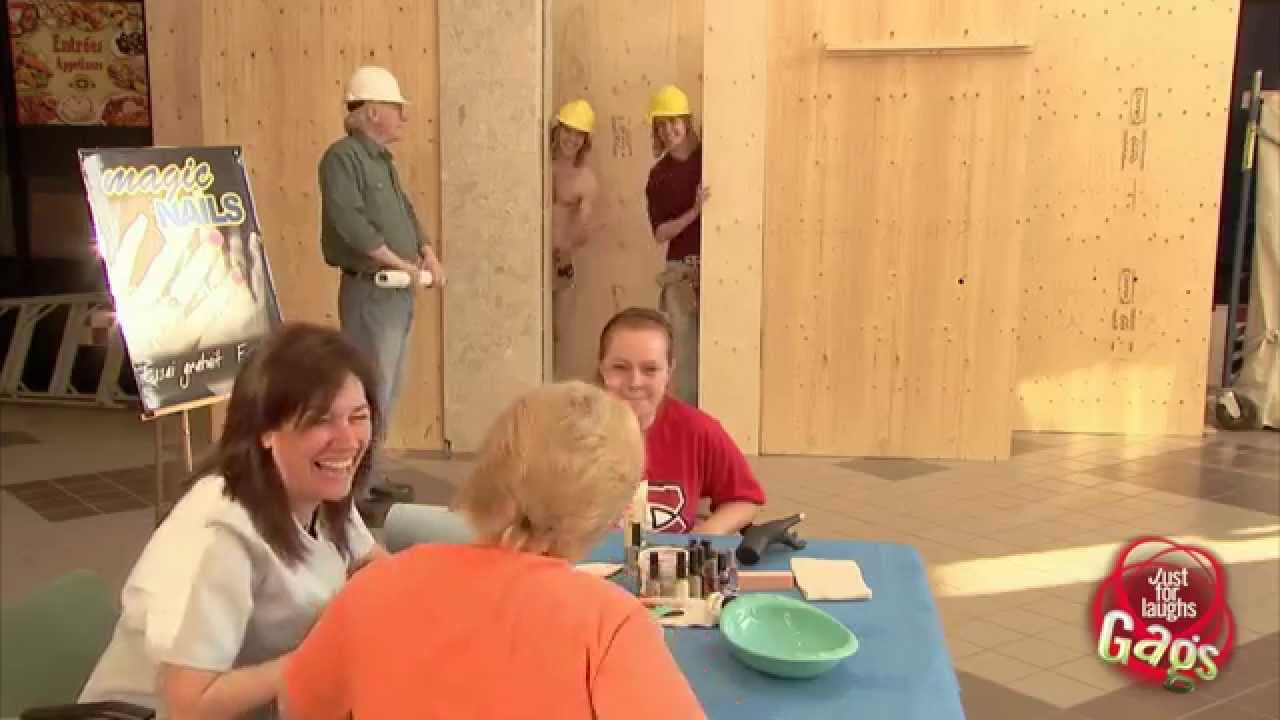 314790
view
Prank victims are having their nails done near a construction site in the mall. A naked worker walks by with his two by four, but disappears behind a wood panel. When he emerges again, he is once again dressed. The prank victims keep trying to point out the nude man, but nobody seems to be able to catch him when he's in his bare form. 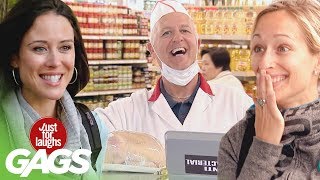 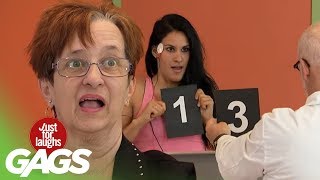 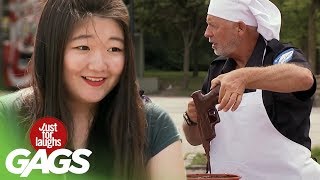